My apologies for this post, which contains probably way too many pictures for one post. I couldn’t help myself.

Every year, Community Support Services hosts a fundraiser known as “Rythm N’ Brews”- $20 gets you beer, food, and a show at the classy Gateway Creamery building. I volunteered the first couple of hours and then sat back (or more like ran around like crazy with a camera) to enjoy the bands; the talented John Brown and the Cougars and the (locally) famous Ben Miller Band. It was the Cougars’ last show and they went out on a great note (no pun intended). Here’s my ‘rock god’ shot of guitarist Antonio:

and then my favorite shot of frontman Zach Allen: 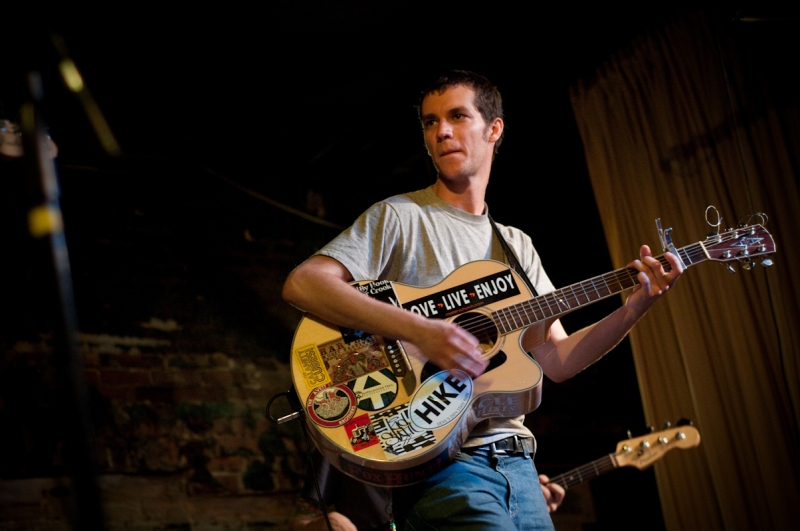 between performances, my friends and I goofed around with my off camera flash. Hence, the magical chip bowl. 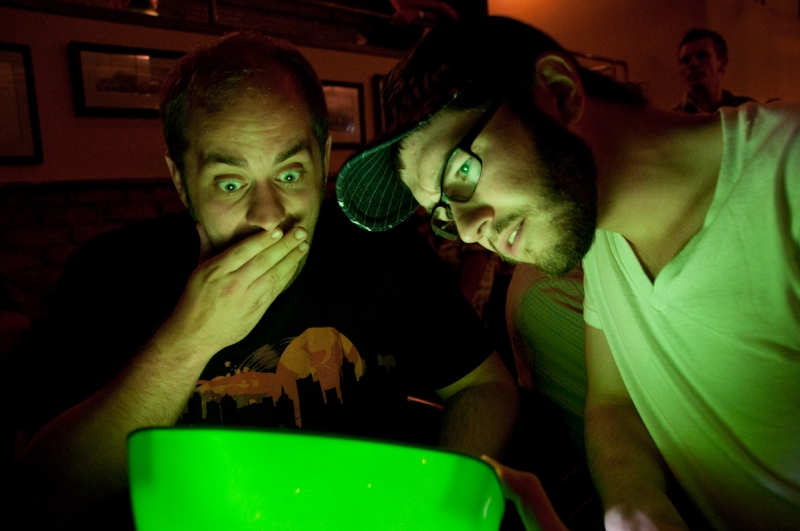 Then came the Ben Miller Band. I’d heard only a bit from them before this, so this was my first time to see a whole show. They are simply fantastic… the kind of group you are amazed are not somewhere else and signed to a label. 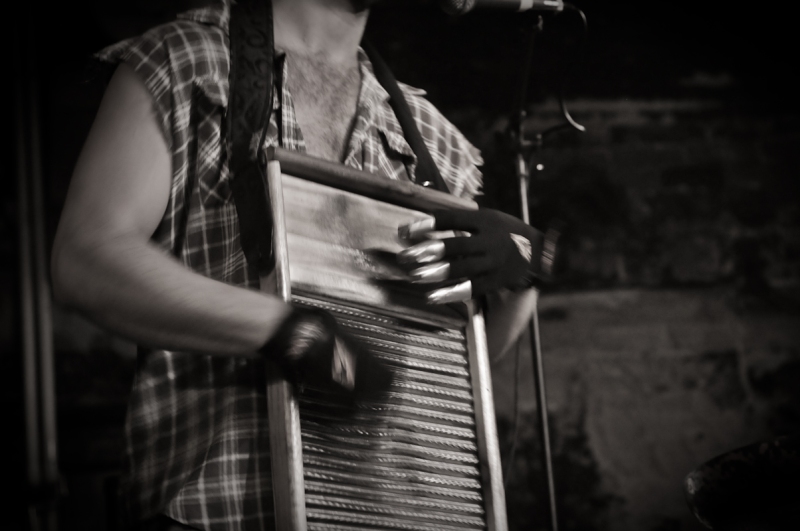 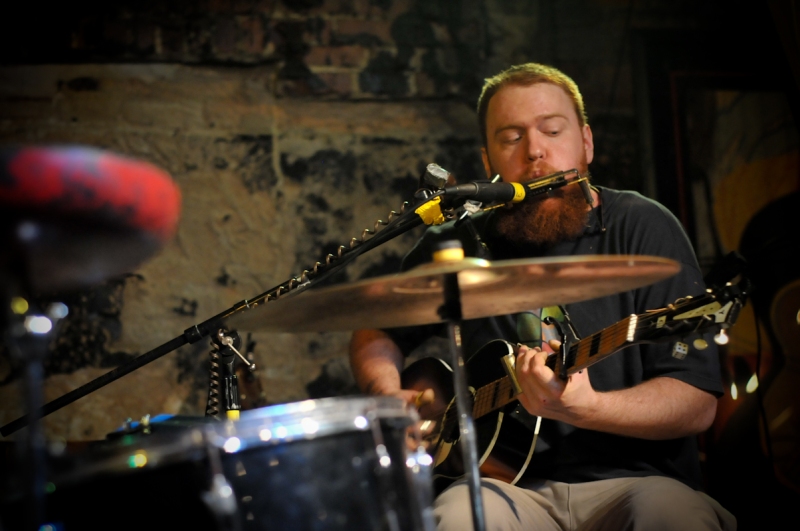 The band generates an astounding amount of energy for a 3 piece group; regularly switching out instruments and building up an intense beat that slowly drove everyone in the venue to a dancing, kicking, hopping frenzy as the dance floor filled up with a very diverse crowd. I really tried to capture that energy in my quest to document the night, and I specifically focused on a couple of unlikely fans for some of my crowd shots, as you can see… 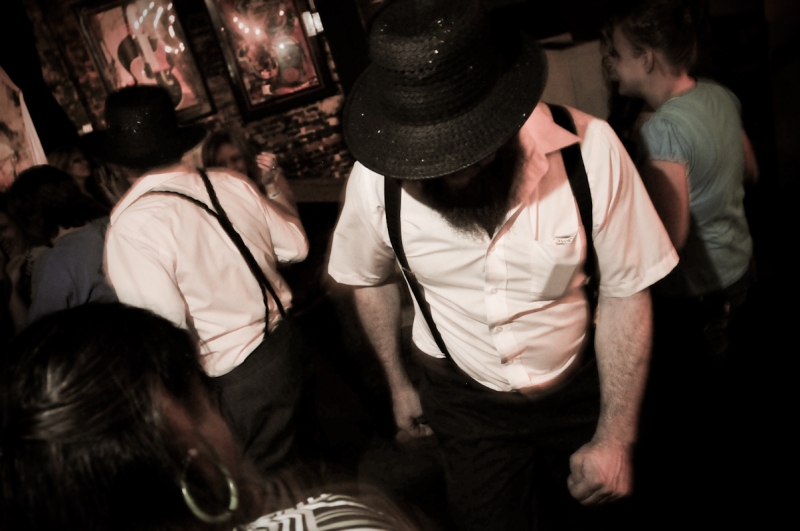 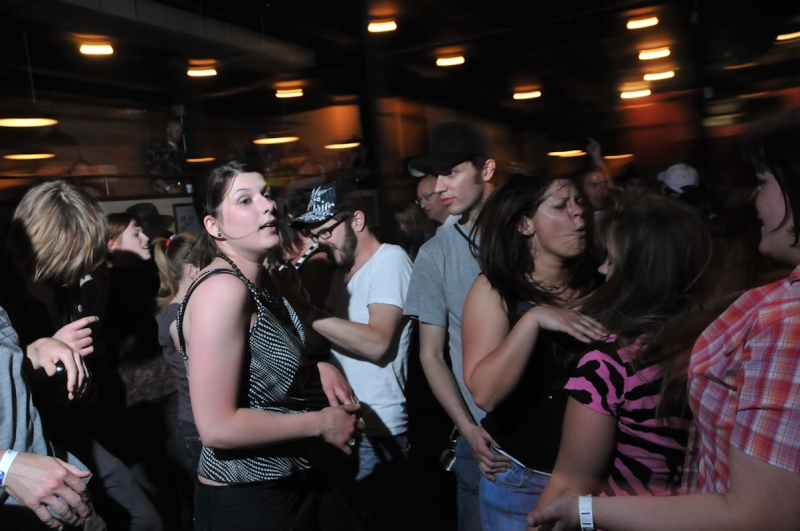 I ended the night with what is now one of my favorite recent photographs. I passed one of the suspender-wearing gentlemen who had been joyously dancing through the show on my way back home; and, after overcoming my own nervousness, I asked if he’d mind me snapping a picture of him exactly as he stood. He was simply waiting for a friend (whom he planned to direct back to the venue for the last leg of the concert) and said he wouldn’t mind… so here you have it.

This entry was posted in Artistic, performance. Bookmark the permalink.