So I’ve been busy for sure, but not the super glamorous/exciting kind of photography that you really put in a blog post. I photographed two factories and, wait for it, a truck stop… yes, when I tweeted the other day that I was literally editing photos of a truck stop bathroom, I wasn’t joking.

Not to complain, in the least. I always enjoy photographing something new, no matter how unexciting it may appear at first. It’s an invigorating challenge to me take a subject like… a truck stop bathroom… and figure out how to make it interesting to look at. How to still make the viewer feel something when they’re seeing that image.

In this case, ‘Man. I want to use THAT bathroom.’

Since I haven’t posted in awhile and I’m pretty sure no-one is going to be enthralled to view my truck stop photos (even if it IS a very nice truck stop), I’m going to my default… pictures of my children. Because they’re cute, and we all know it. But here’s a little more thought on these photos, first…

I’ve been playing with some new editing techniques. I’m the guy that’s remained stubborn and steered clear of the whole VSCO trend up to this point. If you don’t know what that is… it’s the set of presets that make every photo look like it’s from 1965 even though it’s 2015. It’s the photographic equivalent of replacing all your furniture with mid-century-modern. [I hate to admit it, but I LOVE midcentury modern].

But I’ve been a grumpy old man and wanted to not do what everyone else is doing and said I’d NEVER use one of those damn presets. Until…

I received some advice from a trusted and very talented colleague who’s far and away in the next phase of photographic success. His advice pertained to some of my images appearing ‘too digital’. Very interesting.

After looking back through the particular project I’d showed him, I realized he was absolutely right. I’d worked hard with the lighting and setting to create a mood, but there was still something missing. Too crisp. Too perfect. Too digital.

So… I did some research. I broke down and downloaded some presets. I slapped some of them on photos and yep, sure enough…. they looked beautiful. In a sense.

A very very trendy sort of sense. As in, ‘oh. THESE are the presets that every photographer who has entered the photographerforce in the past 5 years is using.’

Love/hate relationship there. I never want to be stale. I always want to be changing, growing, learning, experimenting. But let that thinking carry too far, and you become one who is simply swept away with every new trend. (selective color, anyone?)

It reminds me of a line from a C.S. Lewis book… ‘the greatest triumph of all [for those who might work to stop us, from doing our best] is to elevate this horror of the same old thing [emphasis mine] into a philosophy.’ In other words, if we’re TOO scared of becoming stagnant in our work, we actually become obsessed with staying ahead of the curve and go from being trendsetters to being trend chasers.

I heard it best in a recent Tim Ferriss podcast: ‘when you try to chase what’s cool, you’re already too late.’

That’s always my question. How do I be ‘modern’ and ‘now’ with my work? How do I do that… but walk away with images that might still be considered timeless and original when I look at them again in 20 years?

I don’t have an easy answer. I think it has something to do with never compromising your original voice. [and if you’re a new artist and haven’t found that voice yet, read THIS BOOK].

So here’s the first batch of experimentation. The one where I’m just using photos of my kids, and yes, these photo edits look film like and dreamy and, probably overdone and SUPER trendy. But I’m working through the experimenting to find a new look that’s all mine again… that’s what it’s all about, right? 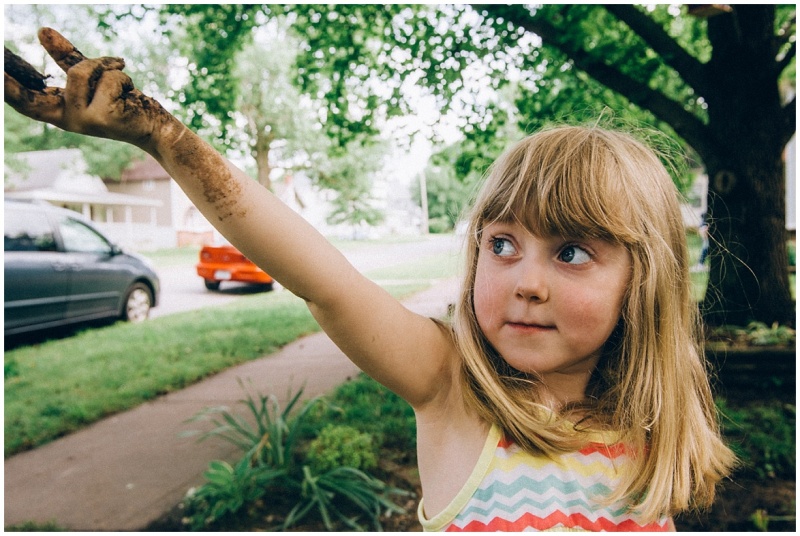 this little lady loves getting her hands dirty… 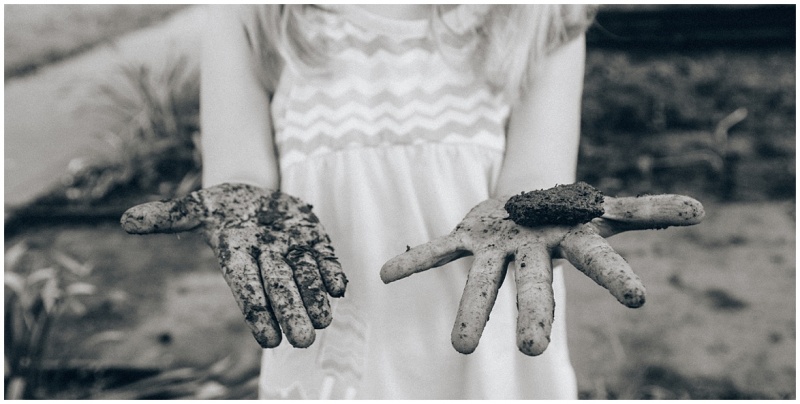 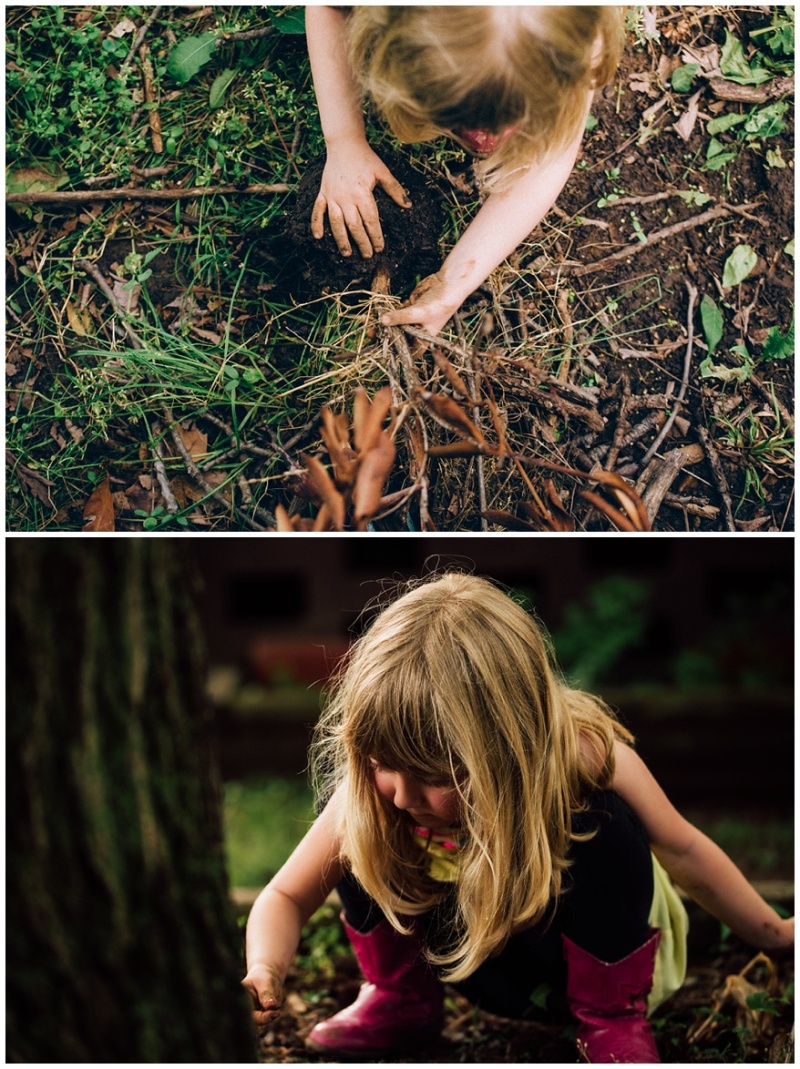 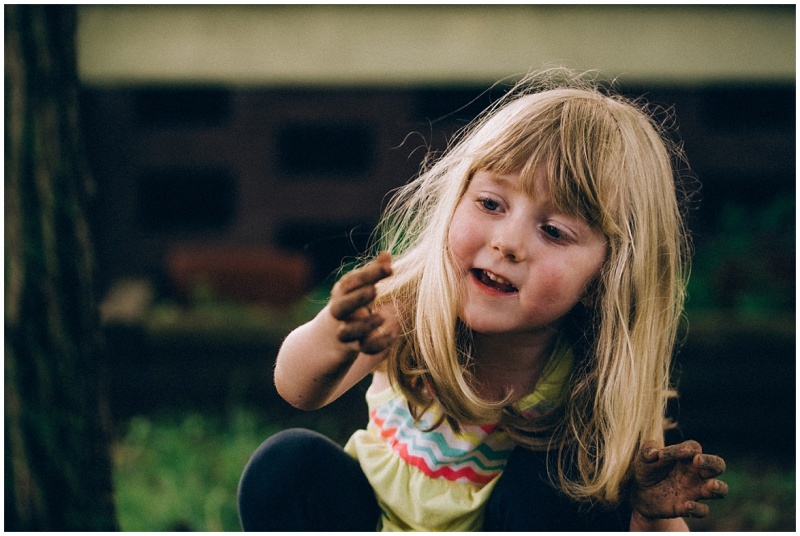 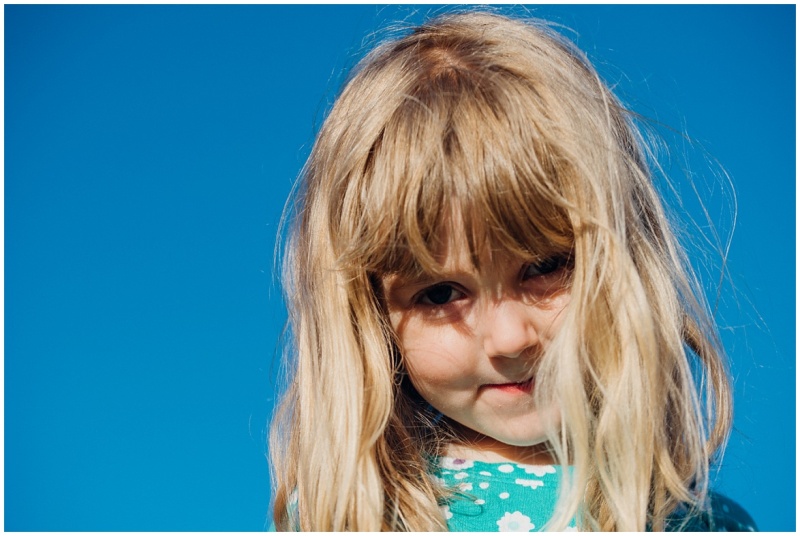 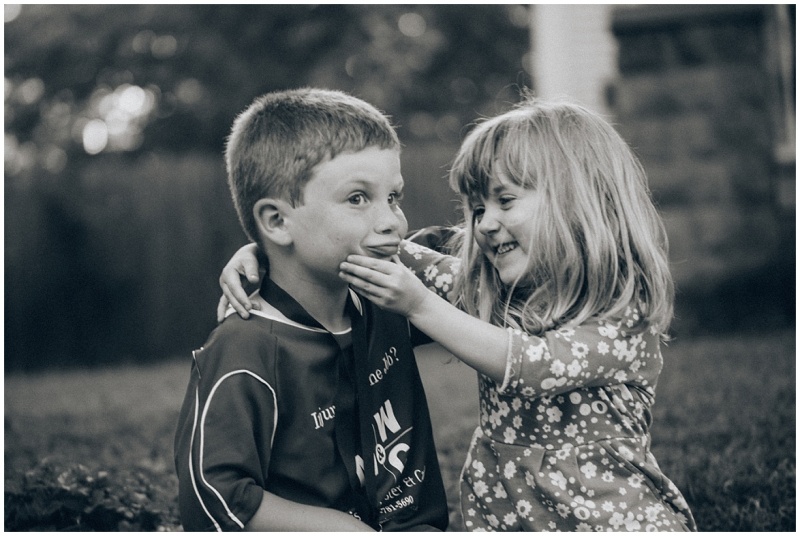 this is what happens when I try to take a ‘serious’ photo of my son with his soccer medal [because, on principal, I stubbornly refuse to pay for the team photographer’s photos when I do this for a living and can take my own…] 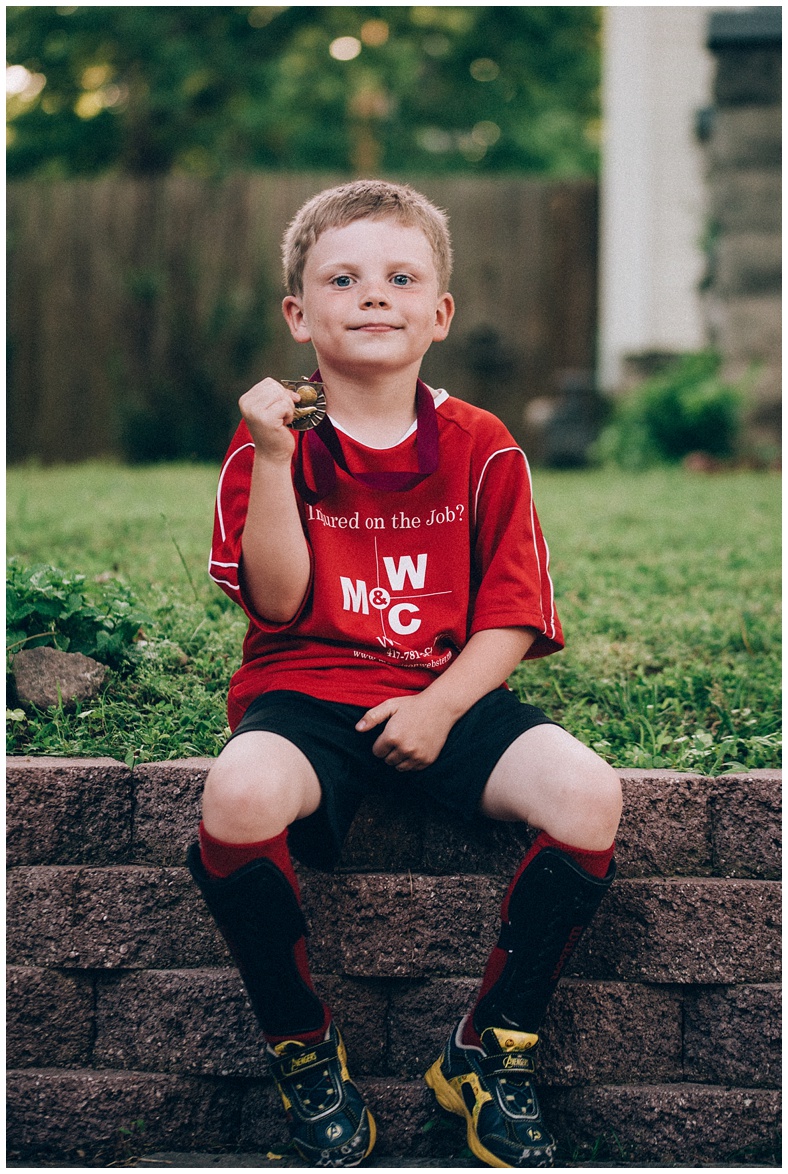